With so many social media platforms, do you know which are best to boost your brand? - Website Design and Marketing
15433
post-template-default,single,single-post,postid-15433,single-format-standard,unselectable,ajax_fade,page_not_loaded,,paspartu_enabled,vss_responsive_adv,qode-child-theme-ver-1.0.0,qode-theme-ver-9.1.3,wpb-js-composer js-comp-ver-6.9.0,vc_responsive

With so many social media platforms, do you know which are best to boost your brand? 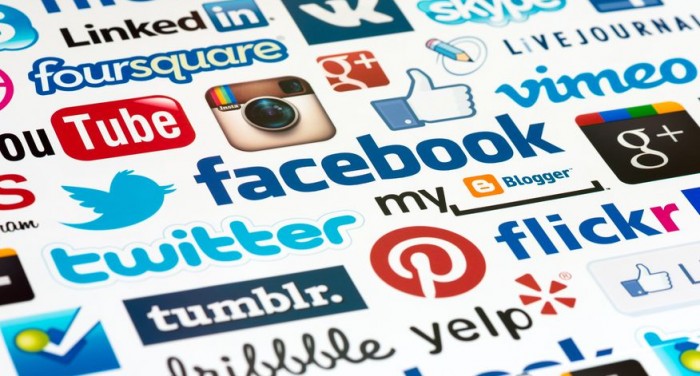 23 Sep With so many social media platforms, do you know which are best to boost your brand?

You have a business and you know that social media can be a powerful weapon in your marketing scheme. It’s become almost standard practice for businesses to have their own Facebook page, but what about all the other social media sites out there? The truth is there are a dizzying number of social media platforms that can be utilized for business. People are now constantly asking how do you know which one will best boost you brand. The answer’s really much easier than you think; here’s where to start.

Research: You won’t find the right social media channel without doing a bit of exploration to see which one is compatible with your specific business. Think about what product or service you’re offering and what resources you have available to dedicate to social media. Though social media is largely free, it does require your valuable time.

Don’t Get Sucked into What’s Popular: There are new social media channels popping up all the time. Don’t get tempted to sign up for every single site just because it’s popular. Stick to what is most relevant and effective to your business. It’s better to have solid social media campaigns on one or two channels than mediocre attempts on many.

Develop a Social Media Strategy: Create a clear and implementable plan before choosing which network you’re going to be using. By drawing up a plan, you’ll be able to stay focused and work out which strategies will be most effective to get things done.

Stick With It: Social media can become time-consuming and frustrating, but don’t let it get you down. Be consistent and over time the results will start to come in.

Go Where Your Audience Is

Knowing your audience is the key to all marketing success and it rings true for social media platforms. Don’t spend hours on LinkedIn if you’re trying to sell food recipes, try a more visual platform like Pinterest. Many businesses are trying to be on everything popular, but it’s much better to strategically plan where and what you’re going to post to be the most effective.

Here’s a rundown on the major social media platforms and what audience they serve.

This is the one network that everyone is on and should be on, with some 1.15 billion users (1 million active users). It’s pretty much a guarantee your audience is here at least part of the time so make a mini website via Facebook if you haven’t already.

If you’re looking for a younger (majority 18-34) audience, Youtube boasts 1 million unique visitors each month and can be a powerful video marketing tool.

While it began as a tool for artists and creatives, Pinterest has found plenty of room for people selling products and services, given they’re attached to great images. There are 30 million users here, 80% female, with the largest audience 45-54. It can work well for mediapreneurs, entrepreneurs, artists, creatives, service providers and e-commerce related brands.